For the girl with the Golden State in her eyes

This is a knock on the wood
door that keeps you sheltered
from the people that throw away
your kindness. This is the text
message that wipes away doubt.
This is the email to keep you
from spending the night alone
on your bed, as you rock yourself
and cry, wanting to die. This is
the note in the sky saying, "Don't
give up.", the Facebook post
saying, "He's not fucking worth
it." This is me, telling you,
that everything is not bullshit,
that an embrace is more powerful
than a razor.

The monster of Riverside

He writes you letters now, begging
for understanding. It is easy to
repent when he is locked away, unable
to dig into the underworld of underage
girls - laid out like eye candy for
sick minds. You are conflicted. He has
left you swollen, to care for another
mouth. He has been alone with your
daughter. His name, in newspapers and
on the internet. There is no erasing
the sight of handcuffs, the hundreds
of files on his laptop of little girls,
the picture of him standing behind you
in a Scream mask, his hands in the air
behind you while you hold your child.
Images burning your skin, holding you
captive.

Kendall A. Bell's poetry has been most recently published in Melancholy Hyperbole and First Literary Review-East. He was nominated for Sundress Publications' Best of the Net collection in 2007, 2009, 2011, 2012 and 2013. He is the author of sixteen chapbooks. His current chapbook is "Siberia". He is the founder and co-editor of the online journal Chantarelle's Notebook, publisher/editor of Maverick Duck Press and president of the Quick And Dirty Poets. His chapbooks are available through Maverick Duck Press. He lives in Southern New Jersey.

It takes special skill to acknowledge that almost anything may be mended. My mother plays the piano, beats her knuckles against the black and white keys—welds sounds together. Fingers thick; nails painted crimson not the typical hands of a concert pianist. Above her depicted in a Victorian dress—the instrument serving as her accessory; her captive audience. Who unhinged the gate through which her carriage, was set to arrive?

On Lenin’s Mausoleum and Love
After Jenny Browne

Not every glance is capable of conveying
all things at once: love, anger, frustration.

I remember your mother’s house
the inside of a ship.

I know you thought things would be alright
turning to sand,
all of it coming down.

In “Love Letter to a Stranger”
you’re always you and I’m always me.
A body you’ll do anything to preserve.

Alla Vilnyansky was born in the Ukraine and came to the U.S. with her family as a re…
Read more 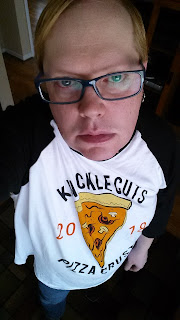 Like salvation
And here is the jar of stars I've  collected - your name etched  into each glowing corner. And here is the pulse of my wrist against the soft flesh of your legs, a reminder of devotion, the Morse code of an unspoken truth. And here are the arms I travel like memory, like the record playing over and over into the deep corners of evening. And here is the weight of what I carry each day, in all of the inches of  skin, in the name of this perfect thing we cannot name, but know to be our reason to open tired eyes, to hold like a newborn - like salvation.

Come bail me out of this god forsaken precipice
I watch her cat eyelinered eyes flutter in the strain of the artificial light at 1am. Her body, a still, pale softness surrounded by a deep sofa embrace. Her forehead tilted back and exposed. I want to make a ritual of kissing the taut flesh, watch the anxiety's release, let the glow highlight the perfect inches between the blonde waves of her hair and the exhausted, …
Read more 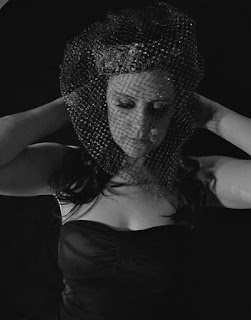 I dreamt the roses died.
The shape and odor
melted into a red ocean.
I dreamt I was gnawing on
a warm piece of bread.
A delusional delicacy
disappearing from my palms.
My dead branches poked
with drought and dusted with
barren earth, bleed thin twigs.
I dreamt I was awake, that within
the dream their bellies were full.
They were different versions of myself:
skinny, fed, bloated, in peasant bondage,
feverish, tenant in a tenant-landlord brawl.
I can’t seem to escape the spiral of
my children’s limbs. My milkless breasts
lead my children into misery.
…guigh orainn na peacaigh,
(pray for us sinners)
…anois, agus ar uair ár mbáis
(now and at the hour of our death)

And I dig the earth just to prepare.

Nicole Borello is the author of So What If I Bleed (Llumina Press, 2010), Fried Fish and Breast Milk (dancing gi…
Read more